Microsoft brings a new way to build native applications for its Windows operating system, but also for macOS. The new method is based on React Native, the open source mobile application framework created by Facebook. It allows you to run your applications on PC, Xbox, tablets, thanks to the Windows extension for React Native and JavaScript. You can do the same for the whole macOS ecosystem. Microsoft’s initiative will help make React Native more popular than it already is.

React Native is a framework developed by Facebook that allows developers to create applications on native platforms and using a consistent development experience based on JavaScript and React, a JavaScript library implemented by Facebook to create user interfaces. React Native focuses on developer efficiency on all platforms. It is initially designed to create native applications for Android and iOS, but Microsoft is now extending it to other platforms.

React Native for Windows and Mac now provides React Native support for the Windows 10 SDK as well as the macOS 10.12 SDK. With the latter, you can use JavaScript to create native Windows applications for all devices supported by Windows 10, including PCs, tablets, 2-in-1 devices, Xbox, mixed reality devices, etc., as well as macOS desktop and notebook ecosystems. The React Native extension for Windows and macOS and all code is provided under the MIT license. 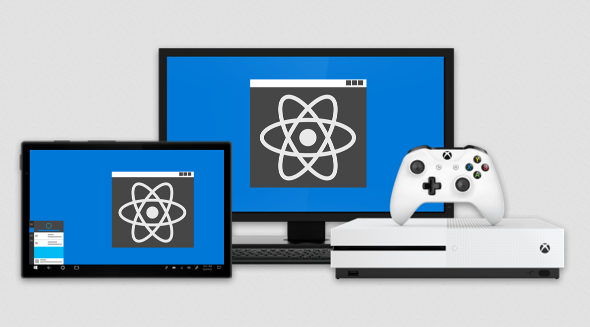 Microsoft’s React Native extension is at version 0.62 released last February. This version is fully updated from the latest version of React Native Core. Version 0.61 of the tool reduces the steps needed to start its implementation on Windows. It also induces a performance improvement thanks to its threading model. “We have updated the host and instance infrastructure in React Native for Windows to provide a more robust and consistent threading model,” the development team wrote in a post.Since this update, the extension natively supports SVG files. For this, you don’t need any separate component or module, just use the Image component in your React Native application and when you target Windows, your SVG files will be loaded and used properly. It also introduces support for dual-screen devices. This means that React Native developers will be able to be easily notified when their application is displayed on one or both screens.The API automatically adjusts to the seam allowance of the hinge in the center so that no information from the application is lost. In addition, several other changes are planned in the development roadmap of the tool since February :

The PyCharm 2020.1 Python IDE is available and bri

A webinar organized by OUIcoding and XXII, an expe